I’m sure you have heard that Amazon officially opened its doors here in Australia this week.

In the last 6 months there has been an abundance of so called digital marketing “experts” advertising all over the web offering online courses to teach people how to set up a retail business using the Amazon platform (and charging thousands of $$ for it!).

As we have pointed out before, selling on Amazon isn’t as easy as you might think.  When you are selling the same product on the same platform, all it creates is a price war for Amazon resellers… which means less margins for everyone.  It’s not ideal.    Here is an example, you sell mens caps on Amazon for $10 and you buy them wholesale through Amazon or Ali Express for $5.  Joe decides to open an Amazon store too selling the same products, but to get more sales he undercuts you in price and sells them for $8.  Anna comes along, and decides to do the same and sells them for $6… and so the price war continues.  Once you pay the Amazon reseller fees & charges you are left with nothing.  And to top it off you are not building a scalable and sellable business using the Amazon platform as you are not allowed to collect customers data, so there is no opportunity to market to your customers in the future. Read: the only one making lots of money and growing their database is Amazon. 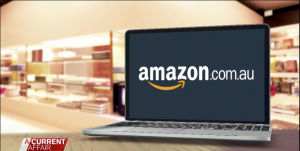 Some of the larger retailers in Australia have had concerns about Amazon and the impact it will have on online stores in Australia. But as A Current Affair so eloquently point out, it’s certainly not what we expected.  It seems their lack of products, exorbitant pricing and poorly performing website have all been factors that have already let the retail giant down.

The future of Amazon here in Australia is uncertain at this point, but we don’t believe it will impact Aussie retailers at all.